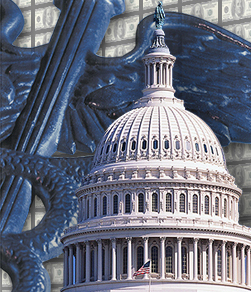 There’s been a flurry of news lately regarding the fate of Affordable Care Act (ACA), but for self-funded employers, it adds up to business as usual… at least for the moment.

On March 25, the Justice Department informed the 5th Circuit Court of Appeals that it supported a ruling by a Texas federal judge that the ACA is unconstitutional and should be struck down in its entirety. Depending on the 5th Circuit’s decision, the matter will likely end up in the Supreme Court.

In the wake of the Justice Department’s action, President Trump announced that his administration would move forward with Senate Republicans to once again try to repeal and replace the ACA. But on April 1 Trump reversed course, saying that any such attempts would wait until after the 2020 election.

The wild card in all this activity is whether the Supreme Court declares the ACA unconstitutional. Should it do so, then all the rules put in place under the law become invalid, including the employer mandate. But if not, then the ACA will likely remain the law of the land until at least 2021.

As always, the MedBen Compliance team will follow all ACA developments and inform clients of how any pending changes may affect their health plan. In the meantime, if you ever have questions regarding federal and state regulations, you are welcome to contact Senior Vice President Caroline Fraker at 800-851-0907 or cfraker@medben.com.