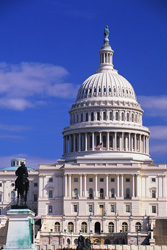 On December 19, the Senate passed the $1.4 trillion end-of-year spending package that will fund the government through September 2020. The bill brings self-funded employers good news and bad news: If signed by President Trump, it would finally repeal the so-called “Cadillac Tax” while reauthorizing employer-mandated PCORI fee payments for 10 more years.

As written in the Affordable Care Act, the Cadillac Tax would have assessed a 40% penalty on health plans in excess of certain financial thresholds. Unpopular on both sides of the political aisle, the tax has been delayed multiple times in recent years, so its repeal comes as a welcome relief, though hardly a surprise.

It was expected that 2019 would be the last year that self-funded employers would have to pay the “PCORI fee,” but the spending bill would extend such payments until 2029. The fee, which funds comparative clinical effectiveness research conducted by the Patient-Centered Outcomes Research Institute, is based on the average number of covered lives under self-funded plans, including employees, retirees, spouses and dependents.

The full text of the spending bill is available at the House of Representatives Document Repository.

MedBen clients with questions regarding the bill are welcome to contact Senior Vice President Caroline Fraker at 800-851-0907 or cfraker@medben.com.